In our increasingly interconnected world, these ground breaking British businesses are finding answers to global issues.

The power of tides

Nova Innovation builds tidal energy devices that generate clean energy from the movement of waves. Founded in 2010 in Edinburgh, it deployed the world’s first offshore tidal array in 2016, illuminating a sustainable means to meet the world’s rising demand for electricity.

The technology comprises relatively small turbines arrayed in varying configurations to optimise energy generation from tides that ebb and flow. “By designing smaller turbines [compared to conventional turbines], we could address large numbers of sites around the world,” says Simon Forrest, CEO of Nova Innovation.

Where wind and solar energy may be intermittent, the predictability of tides makes tidal energy an emerging alternative to environmentally damaging fossil fuels for energy. 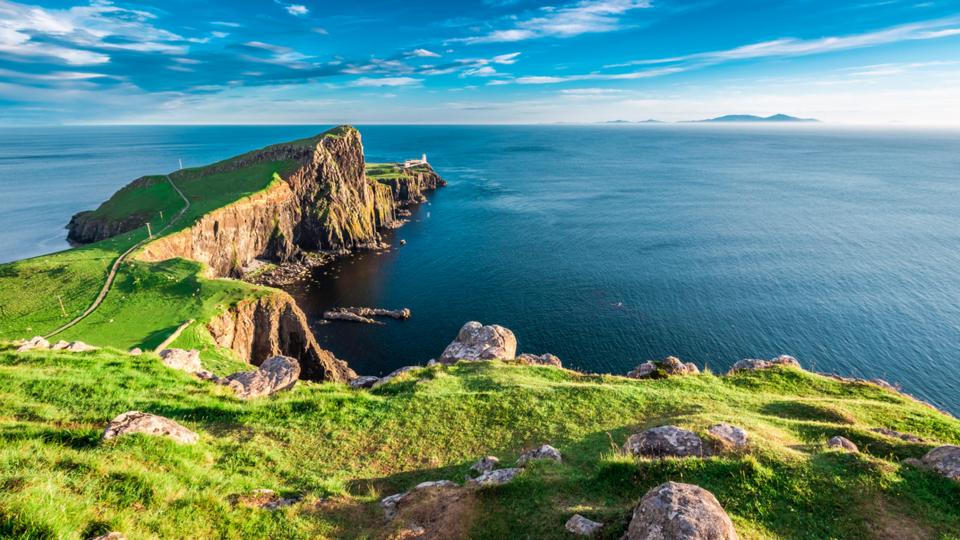 Nova is commercialising an energy storage system for its tidal technology, which would allow larger arrays and improve the stability of the supply. The team is also leading a €20 million (£17.8 million) project to develop the tidal energy sector in Europe. “Tidal energy is a global market and we intend to be a global company,” Forrest says.

Mission-led businesses, focused on making a social impact, are on the rise in the UK, making up 22 percent of the UK’s 5.7 million small businesses. Another 470,000 small businesses are social enterprises, reinvesting profits to further mission goals.

“The UK has a very supportive ecosystem for small businesses aiming to make a social or environmental impact, and a positive culture around social entrepreneurship,” says Madeleine Gabriel, Head of Inclusive Innovation at research charity Nesta. A £1.5 billion government fund supports research that tackles challenges faced by developing countries, while a thriving network of investment funds focuses on businesses with the potential to improve lives.

In Cambridge, one of epicenters of the UK’s booming life sciences sector, biotechnology startup Kymab aims to accelerate the discovery of antibody treatments for cancers, blood diseases and infectious diseases such as typhoid and malaria.

Its genetically engineered mice, known as the Kymouse platform, contain every human antibody gene to closely mimic the human immune system. The mice can be induced to produce 10 trillion different antibodies, which could prove critical in developing vaccines for challenging diseases such as HIV.

“Vaccinology is quite antiquated. With modern molecular tools, we can accelerate development and be more confident of valid effects in humans,” says Professor Allan Bradley FRS, Chief Scientific Officer and co-founder of Kymab.

The company is also collaborating with the University of Texas MD Anderson Cancer Center
to research cancer treatments, while its work on antibodies for infectious diseases in developing countries has led to a partnership with the Bill and Melinda Gates Foundation, which invested US$9 million (£6.7 million) into Kymab’s development of a vaccine for HIV. 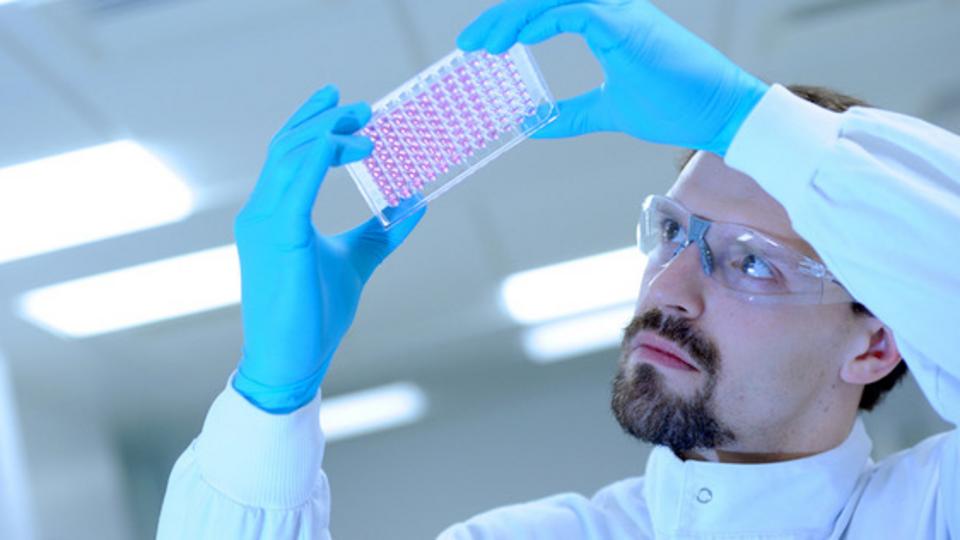 Its first antibody to counter the side effects of bone marrow transplants is currently in clinical development after successful preliminary results in a project operated by the Seattle Children’s Research Institute.

“Drug development is truly a global enterprise these days. We expect our products to benefits patients in every country,” Bradley says.

A world of cleaner air

Clean air is rising on the global agenda, with the vast majority of the world breathing polluted air outdoors and in homes and workplaces. Belfast-based small company MOF Technologies is one of the pioneers in the young but fast-growing market for porous materials called metallic organic frameworks (MOFs), which could be pivotal in clean air technology.

MOFs can separate and store certain gases from mixtures, such as the atmosphere or industrial byproducts, with an ability to pinpoint specific gases that today’s commonly used materials lack. MOF Technologies has identified MOFs that can remove greenhouse gases and clean indoor air of contaminants such as carbon dioxide and toxins known as volatile organic compounds (VOCs) emitted by sources such as paints or computers. Chronic exposure to these gases has been shown to affect health and decrease cognitive performance. 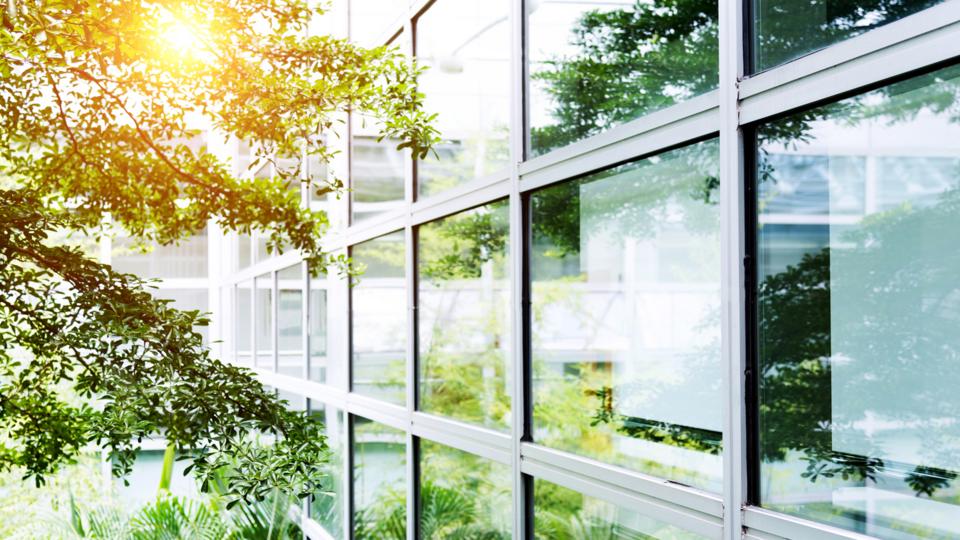 “There is a real potential for MOF products in the drive for cleaner air. We have a lot of interest from companies in industrialised regions that are especially interested in new technologies,” says Dr. Paschal McCloskey, chief executive of MOF Technologies.

The company has partnered with multinational U.S. firms General Motors and IBM to develop MOFs that can improve the efficiency and greenness of industrial processes such as gas storage and filtration. It is also spearheading projects with major German and U.S. companies to commercialise MOFs for filtering indoor air, while a collaboration with multinational distributor Decco focuses on increasing the storage life of fruit by capturing the gases responsible for ripening.

“This is a nascent market we are trying to develop by approaching companies who wouldn’t necessarily be aware of these new materials,” says McCloskey.

With the world’s population predicted to increase by 25% by 2050, there is rising pressure on resources, including the already constrained supply of clean water. One of the most noteworthy companies in the growing Welsh startup sector, Hydro Industries is pioneering a water treatment that uses electricity to separate out contaminants. This clean technology has been deployed to areas around the world without access to safe water, including communities in India, Sudan and Somalia. 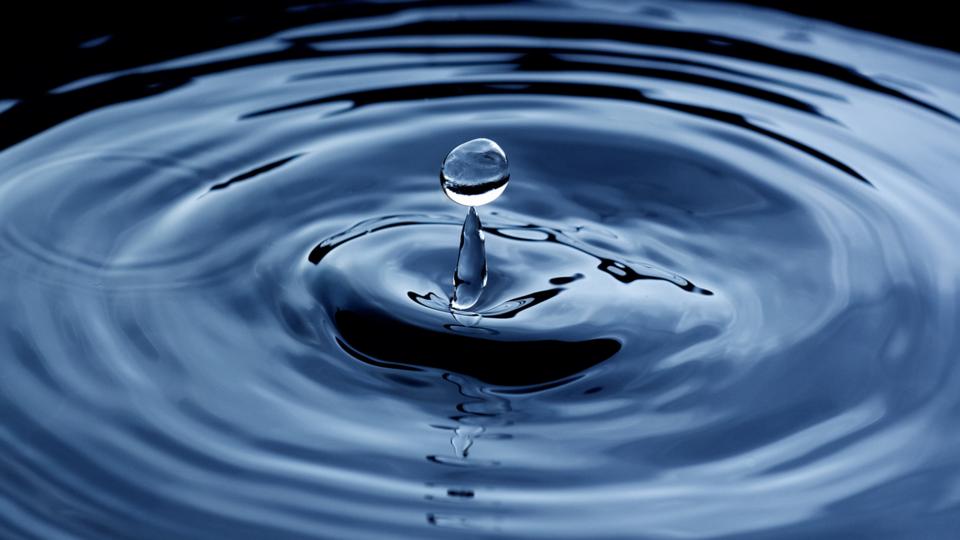 Where many water treatment solutions from major companies involve chemicals that need to be transported, Hydro Industries’ water plants require only access to electricity, making them greener to deploy and easier to scale. “We can respond very quickly [to water crises]. Today, we are in some of the most challenging environments in the world,” says Wayne Preece, group CEO of Hydro Industries.

Originally developed to improve access to drinking water, the technology is now used by multinational companies including Ford and Harsco to treat and recycle industrial wastewater, recover metals from steel production, and clear marine oil spills.

Hydro Industries is also working with companies in the Middle East, where it could significantly improve the sustainability of the oil and gas sectors. “On our doorstep, we’ve had great access to the right resources and people,” Preece says. “We’ve leaped from operating in west Wales to delivering straight into international markets and we’re growing very quickly.”

Small businesses founded on impactful ideas are fuelling the economic growth of cities across the UK. In a rapidly globalising world, these innovations could help future populations not only live well, but sustainably.