This article was originally published on 5th November 2017, for BBC Storyworks.

From smart traffic lights to commuters’ smartphones, city transport is generating more data than ever. Constantly updated information on traffic flow and the location of public vehicles allows transit authorities and riders to plan transport efficiently, while the proliferation of ride-sharing apps and high-speed internet has set the stage for the next big technological shift in transportation: autonomous vehicles that can be booked on-demand.

Yet of even greater impact will be the immense amounts of data autonomous vehicles will generate about the cities they travel through. Packed with processors and sensors, a self-driving car will generate 4TB of data for every 90 minutes of driving – the equivalent of about 4000 hours of video – as it logs the position of other cars, pedestrians and city infrastructure, tracking the weather, air quality, and even the emotional states of its occupants.

Apps and services that can harness this data could be the key to tackling the ubiquitous urban challenges of congestion and pollution, by helping build efficient transport systems that can deploy vehicles precisely when and where required – while entertaining their millions of passengers. 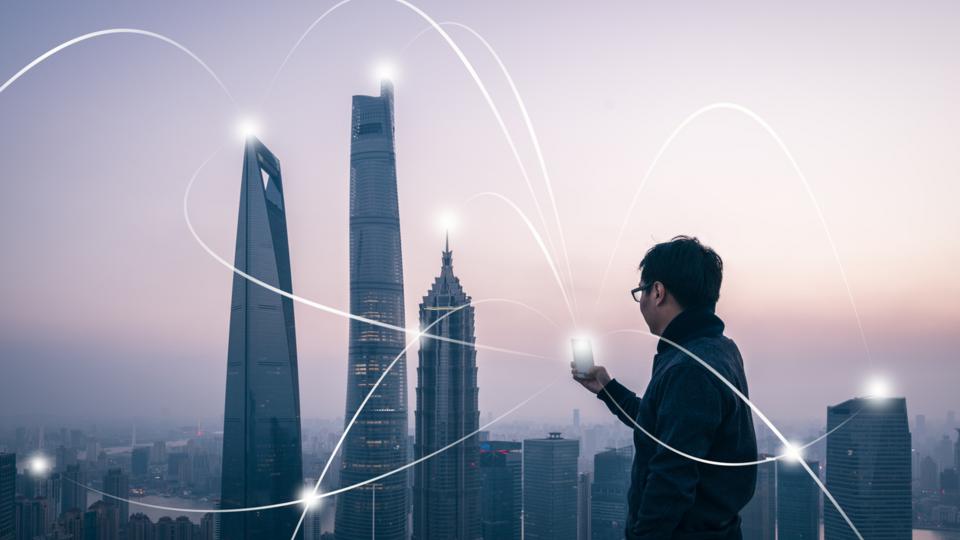 Mapping the city – and its rides
Self-driving cars will churn through data about urban terrain, with machine learning algorithms to constantly refine their driving responses and feed road data back to highly detailed maps. These high-definition digital maps from companies such as Here, Mapper and DeepMap become increasingly rich and accurate as autonomous cars cover more distance. They render not just a city’s buildings, roads and traffic lights, but also lane rules, road signs, potholes, and the heights of pavements – every detail required by self-driving cars to drive and park.

Extremely precise maps coupled with increasingly sophisticated algorithms will boost the capability of ridesharing apps to route cars efficiently, reducing the number of vehicles on roads and cutting emissions. This technology could soon be used to process millions of commuters’ ride requests to create live-updated, autonomous bus routes that pick up and drop off passengers exactly where they choose, as conveniently as a private car. On-demand bus services are being trialled in the historically car-centric cities of Sydney and Dubai, while in Singapore, the transport authority will experiment with improving the efficiency of existing bus routes by enabling on-demand pickup, with drop-off at any city bus stop. 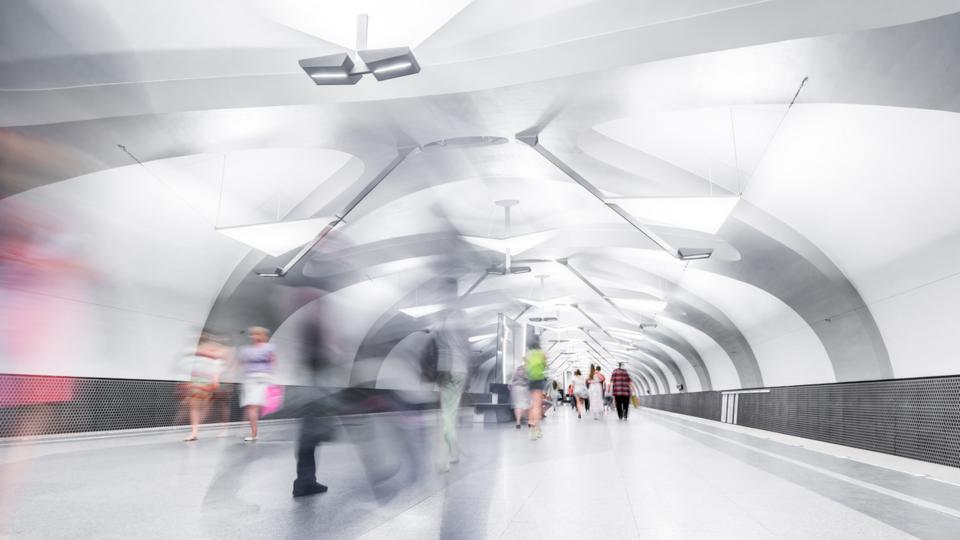 A totally digitised city with robust ridesharing networks would set the stage for autonomous flying vehicles that can vertically take off and land (VTOL) in urban confines, creating a new dimension for deliveries and cross-city trips to bypass traffic. In congested Sao Paolo, where helicopters have long swooped commuters over gridlocked streets, the on-demand helicopter app Voom now allows passengers to hail a ride at a fraction of the cost of private-hire counterparts.

AirMap is a Microsoft-backed startup that aims to map the low-altitude airspace where delivery VTOLs would travel, providing a platform where VTOLs can communicate flight plans to each other. Similar real-time mapping would allow fleets of VTOL taxis such as the Airbus Vahana or Volocopter 2X to navigate the skies – and ridesharing apps would eventually make flights as affordable as today’s on-demand cars.

Smarter and more sustainable
As artificial intelligence and next-generation, high-speed internet usher in the age of shared autonomous vehicles, cities will start investing in smart infrastructure to better communicate with these vehicles. In Michigan, U.S.A., transport authorities recently trialled a smart road whose street signs were embedded with information to help autonomous vehicles anticipate road changes and activity much further ahead. Sensor-embedded roads could also streamline traffic flow by signalling slower-moving autonomous trucks towards one lane, or pushing emergency alerts if vehicles need to reroute.

From stations to street bins, future cities are likely to be bristling with sensors that interact with people and their devices. On transport maps, passengers might use their smartphones to view an augmented reality overlay personalised with directions for their specific route, while journeys could be enhanced by vehicle windows that can display video or additional information about their surroundings. Wi-Fi-connected infrastructure could also communicate issues such as overflowing rubbish or a blown street light – with autonomous cars booking in maintenance. 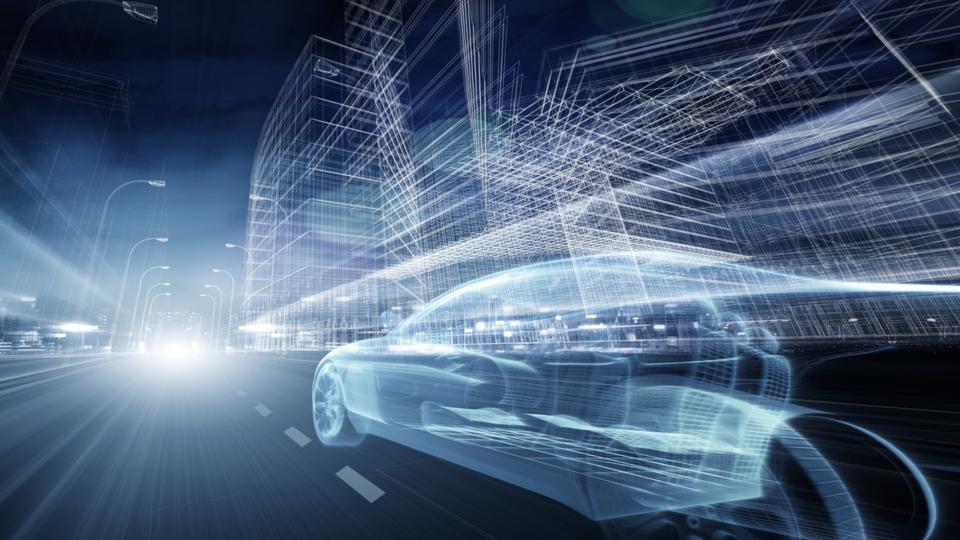 As autonomous vehicles outstrip smartphones as the biggest generators of mobile data, cities grappling with pollution might use that data in environmental analyses. Self-driving – or flying – vehicles could be embedded with sensors that log roadside air quality and atmospheric conditions, contributing to weather and pollution forecasting. Transport apps could then use this data to plan commutes that avoid polluted areas, or minimise walking or waiting in inclement weather.

Beyond vehicles
In the world’s most congested cities, a shift to pilotless vehicles will free over 250 million hours of commuting time – and the raw data generated by autonomous vehicles will be combined with apps and social media to make use of these hours. Someone booking a car to work might be encouraged to carpool with a potentially helpful contact as algorithmically chosen by social media links, or with a friend or coworker who’s ready to leave at the same time. Other apps would aim to save riders even more time – by fetching their groceries before pickup, or streamlining connections to other modes of transport. 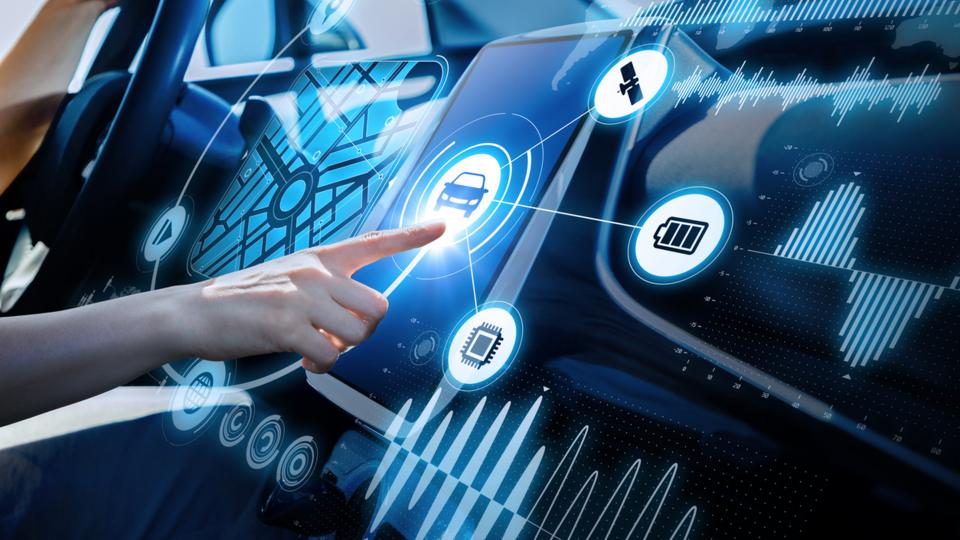 Future vehicles would recognise passengers by their smartphones, allowing them to offer personalised services such as displaying the day’s agenda, or suggesting a detour to complete a task in a to-do app. If a rider was running late for a dinner reservation, the vehicle would be able to update the other guests as well as the booking. Passengers with synced health trackers might receive an activity recommendation based on their physical or emotional state – to relax with yoga, say, or blow off steam with an in-vehicle augmented reality game.

Since autonomous cars would no longer need steering wheels, pedals or mirrors, their design would evolve towards an open-plan pod that could be configured depending on passengers. Entertainment-focused pods could replace windows with wraparound video screens, while businesspeople might hire a mobile meeting room with roundtable seating, coffee bar, and the ability to pick up every attendee from home. Data about a city, its commuters, and its fleets of shared vehicles would power vast transport networks that efficiently match people with what they need – including an office that parks somewhere with a view.